Women Development Cell in collaboration with NSS conducted a lecture on the topic "The Role of Legislation in Women Empowerment" on 27 September 2019. Dr. Abha Yadav, Deputy Registrar of Legal Cell in Jawaharlal Nehru University (JNU) was invited to give the talk. Vishakha guidelines, mandatory and binding guidelines to be followed at all workplaces, were made available for the audience in a lucid and simple way.  The session was successfully conducted with a thought-provoking discussion with the audience comprising of students as well as teaching and non-teaching staff of the College.

Women Development Cell in collaboration with NSS conducted a seminar on the topic "Indian Women and Culture" on 3 March 2020.  The lecture was delivered by the chief executive editor of ABP news, Ms. Sumeera Khan. Her lecture covered varied aspects of challenges faced by Indian women due to orthodox culture and customs. Her lecture urged women to wake up from oblivion to scrutinize Indian Constitution and also become conscious of their rights. She discussed that women should learn to say NO to the things they don’t believe in, without feeling any guilt. She shared various examples from her life with the students. Her lecture encouraged an engaging discussion with the audience.  Listening to such an eminent personality was indeed an honour for all.

WDC had also planned to organise one-week Self Defence Training Program from 16 to 20 March 2020 in collaboration with Delhi Police and NSS. Unfortunately, it was called off as per Delhi government and University of Delhi guidelines as a precautionary measure against the global pandemic Covid-19.

In the academic session 2018-19, Women Development Cell (WDC) organizes seven various events.  To start with the odd semester events, Mrs. Rekha Sharma, Chairperson, National Commission for Women (NCW) was invited as Guest speaker to grace the occasion. The topic for the discussion was “Role Of Students In Gender Sensitization In The Light Of #Metoo”. Mrs. Rekha Sharma explains that #MeToo movement is present in our society since years, but its enhancement in today’s era has been contributed towards urbanization, financial freedom of females and social media involvements. Simultaneously, it was emphasized that male members of the society should play a pivotal role to curb women harassment at work and public places. Students and faculty members also got the opportunity to interact and discuss their queries with NCW chairperson.  Open discussions were made on certain issues like recent Sabrimala court verdict, #MeToo campaign, marital rape, mob lynching of eve-teasers etc. Students of the college found the interaction with NCW Chairman to be very productive and expect such personalities as guests for the upcoming college events. They found the discussion to be enlightening and refreshing. Students found to know about the development of independent women in India as well as globally. 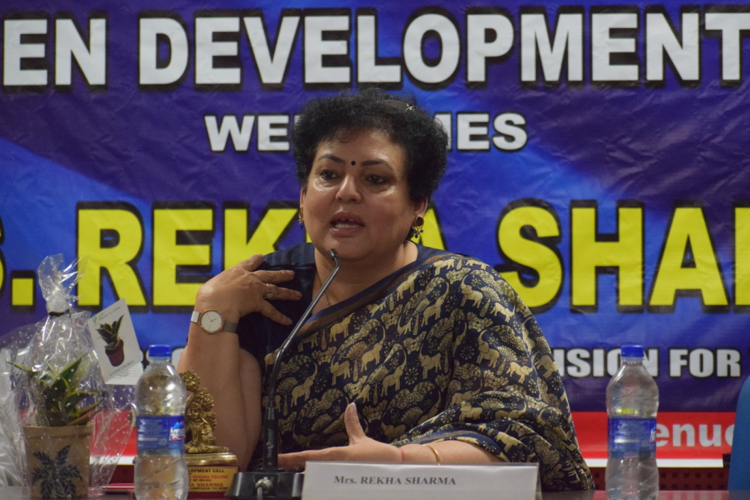 In the month of November, WDC hold an examination as per the directions of NCW where the topic for the examination was “Awareness of Various Legal Laws Related To Women”. In this examination more than 100 students were participated. One winner for first and second prize and five third prize entries were declared with the prize money of Rs. 1500, Rs. 1000 and Rs. 500 respectively 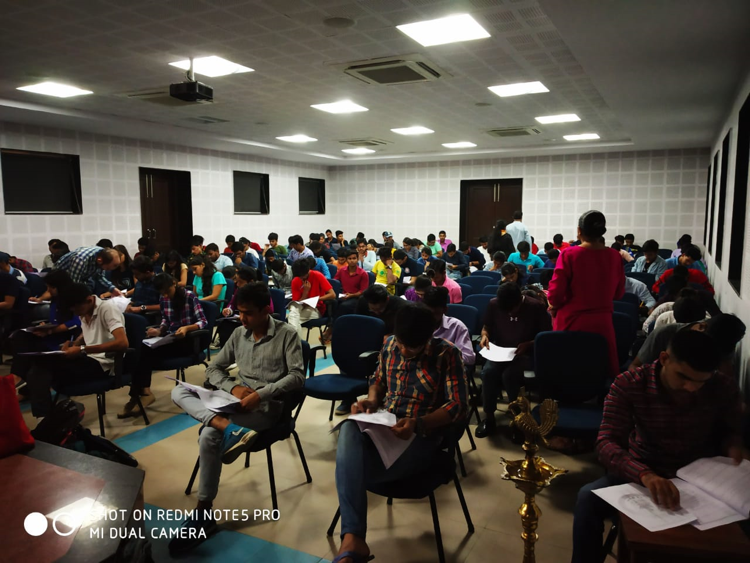 Examination based on awareness of various laws related to women

In the even semester, “Self Defense Program” was organized (in collaboration with Delhi Police) by WDC along with National Service Scheme (NSS) where about 50 female students participated enthusiastically.  Apart from Physical training and techniques to combat the attacker numerous strategies to stay mentally alert were also suggested to the students.  It was a five day long training program concluded by the distribution of certificates to the participants by Principal Sir Mr. Gyantosh Kumar Jha, South Campus SHO Mr. Paras Nath Verma, ACP Mr. Satish Kain. 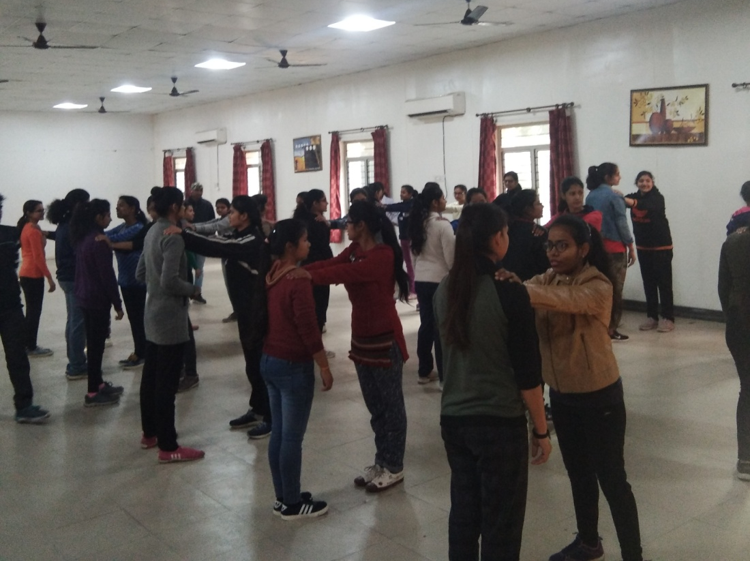 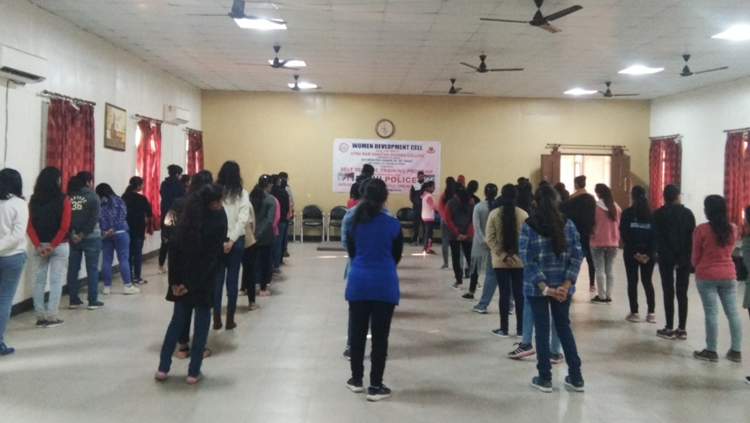 Subsequently, a trip was organized to attend 26th ceremony of NCW at Indian Habitat Center, Stein Auditorium, New Delhi where about 30 girls of our college took part in panel discussion on “Empowering Women Through Entrepreneurship”. The seminar highlighted some success stories and deliberated on the challenges faced by women entrepreneurs across different sectors, and discussed how the environment can be made more conducive for aspiring women entrepreneurs. 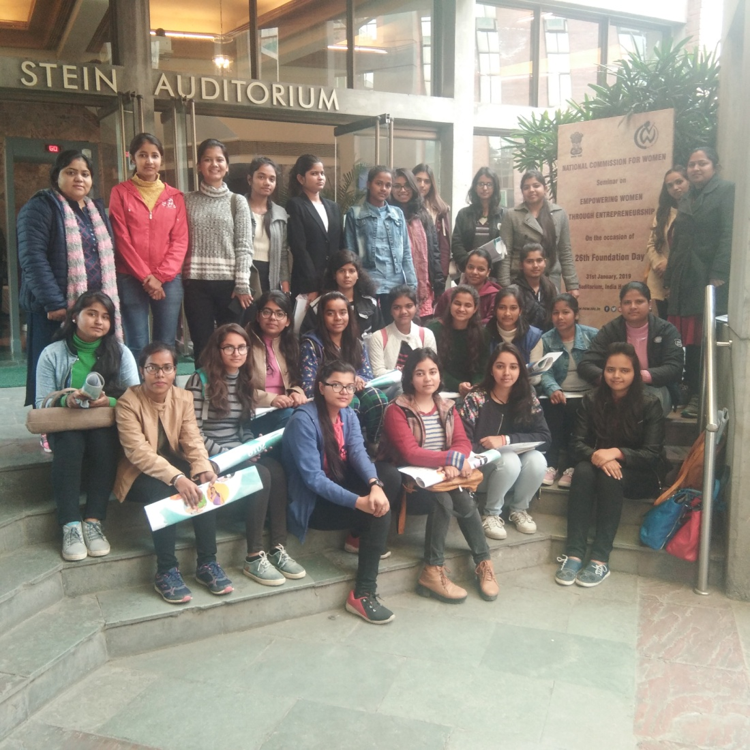 Students at Stein Auditorium to celebrate 26th year of NCW

In another collaborative venture of WDC and NSS “Cyber Security Workshop” under the Digital Shakti Campaign launched by NCW was organized to make aware and enlighten our students to stay alert with the ever rising cyber rising crimes. Representatives from well renowned NGO named as Cyber Peace Foundation came for an interactive session where the participating students were not only females but male students and faculty members also. Each member enthusiastically participated to clear their doubts regarding personal, financial and online security of their well beings and demanded many such programs in the future. 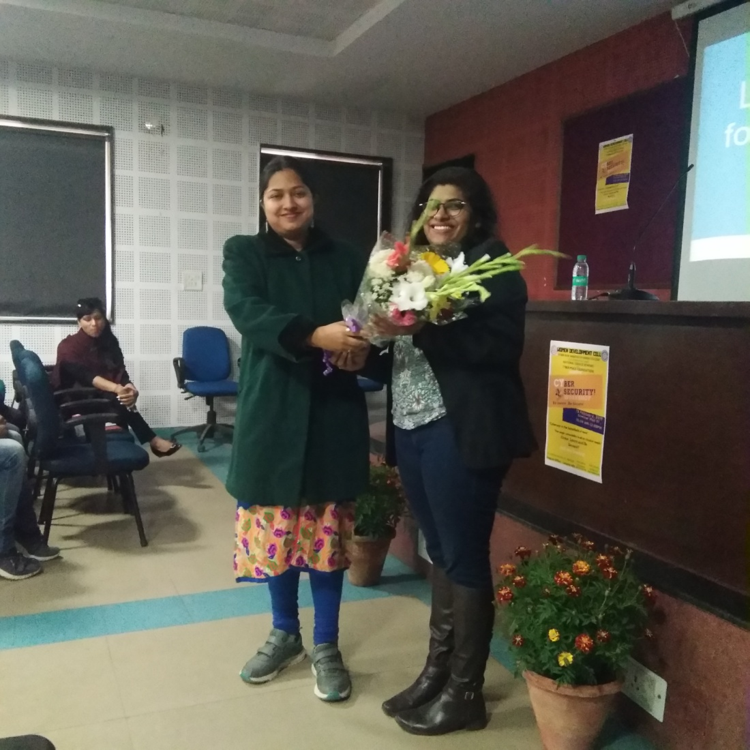 In the month of February, Hindustan Newspaper Team came for “Chai Pe Charcha” discussion with the female students of our College to exchange the essence of thoughts and suggestions of the youth for the upcoming Lok-Sabha Elections. Open views of the participants were published in the newspaper on 16th February 2019. 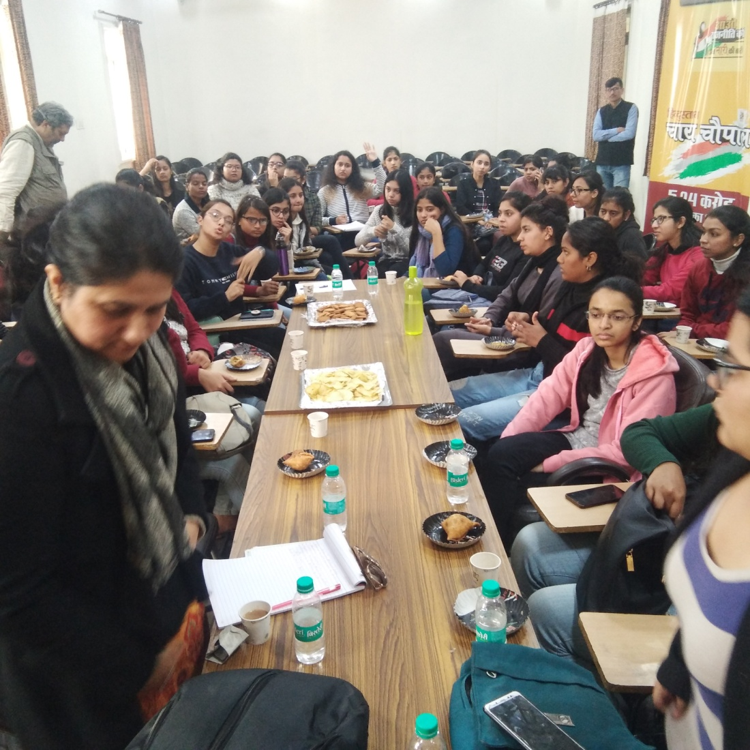 Our students also attended the Women Empowerment program organized by Delhi Police at South Campus, University of Delhi where the female students learnt the benefits of using Himmat Plus app-an initiative of Delhi Police. 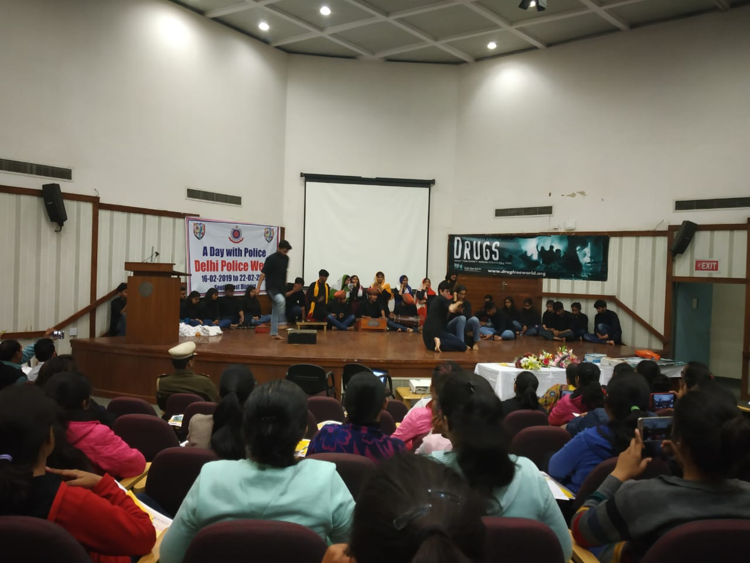 Students learning to use Himmat Plus app at South Campus, University of Delhi

Finally, on the occasion of International Women’s Day, Mrs. Monika Arora, Supreme Count Advocate and Standing Counsel of Government of India came to beautify the occasion. The topic for the lecture was “Mahila: Kal. Aaj Aur Kal”. The topic was justified in a very beautiful way where the speaker discussed about various challenges, strength and rights of a woman since early era till today. The speaker emphasis on realization of women power within every female no matter she belongs to any stratum of the life. 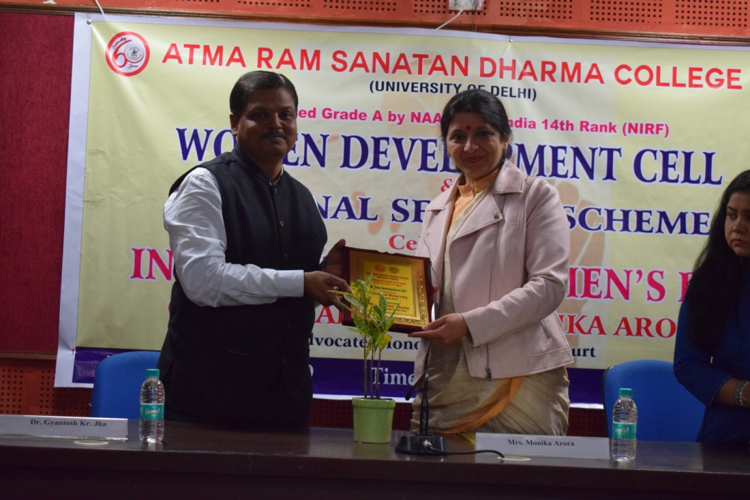 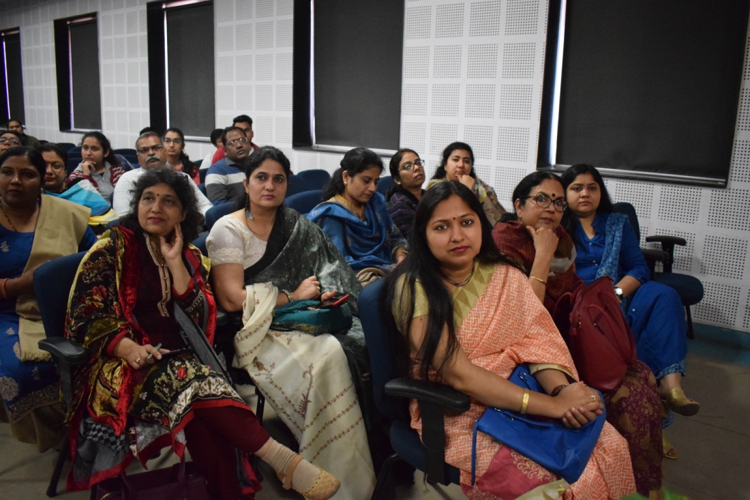