The Academic Session, unfolded with the Orientation Program where in Dr. Charu Mathur introduced the Society to the Freshers and told them about the activities and achievements of the Society. On, the occasion of 60th Foundation Day, the students of Arteysania, created an artwork, showcasing the progression of the Institution, over the past six decades. ‘The Journey of ARSD so far….’ was presented to the Principal, Dr. Gyantosh Kumar Jha, by the Convener. The Society conducted its Auditions, to select and incorporate new blood and fresh talent. ARSD wore a tricolour look and 73rd Independence Day was celebrated with great pomp and show. Arteysania presented an artwork dedicated to freedom and diversity of rich Indian Cultural heritage. “Creativity is not a Talent, but an Attitude”, was once again proved by Arteysania, as they organized the Inter-College, Planter Décor Competition.

Arteysania gave the message of “Go Green”, this Teacher’s Day, 5 September 2019, on the occasion of 131st birth anniversary of Dr. S. Radhakrishnan. The students of the Society as a token of appreciation and gratitude, gave a sapling to all the teachers in re-cycled bottles. The mementoes were created from the used, waste bottles of milk shake from Mother Dairy booth of the college. Dr. Charu Mathur presented a Madhubani Painting to the Principal, Dr. Gyantosh Kumar Jha, which was handcrafted by Priya Jha, an ARTEYSANIA Student. The Society got an opportunity to showcase its works at Delhi Book Fair, from 11 to 15 September 2019, organized by India Trade Promotion Organisation (ITPO).

The festive fever was ushered in by Arteysania through the Inter-College Diya Decoration and Thaali Decoration Competition. Keeping up with the flavor of the season, a Diwali Bazaar was organized by the students of Arteysania, where handcrafted works by the members were put up for sale. The event was inaugurated by Prof. Shri Amitabh Mattoo, Professor of Disarmament Studies at JNU. India International Science Fair (IISF) 2019, organized Traditional Crafts and Artisan Meet and Expo from 5 to 8 November 2019 in Kolkata. Students of Arteysania, Arunima Roy, Harshit Verma and Priya Sahu had put up their stalls as upcoming artists.

The spirit of patriotism and love for the nation dominated the celebrations of the 71st Republic Day at ARSD College. Arteysania gave the vibrant, patriotic colour to the College, with the students putting up beautiful decorations at the function Venue. The Preamble of the Constitution was calligraphed by the students. The traditional Asian Art forms, Mandala and Madhubani were revisited, by the students of Arteysania, through the Workshop organized on 6 February 2020, at the College. Mrs. Veena Sharma, an Art Therapist was invited as a resource person. Students from various colleges of Delhi University, Ambedkar University, Indraprastha University, attended the workshop. The event saw active participation from teachers of all Departments, as they were eager learners. Creativity, Expression, Passion for Art, Tradition and Swag, all elements were put in by the members of Fine Art and Crafts Society students, while giving ARSD its first Wall Art.

The Society has achieved new heights, created its social media handles on Facebook, Twitter and Instagram, which was appreciated by the Principal, Dr. Gyantosh Kumar Jha. The Society Convener Dr. Charu Mathur strived throughout the year with core team students to achieve new milestones.

To keep up with all of these objectives, the Society organized competitions on finger painting,“best out of waste,” and bookmark making on 30 August 2017 in the new computer labs of the College.There were 20 registrations in the finger painting competition,7 entries in the “best out of waste”, and 15 entries in bookmark making competition. The event was judged by Dr. Jaya Tomar from the Department of Chemistry,ARSD College and Dr.RenuKeer from the Department of Political Science, ARSD College.The prizes were given to the winners by our esteemed patron, Dr Gyantosh Kumar Jha, Principal,ARSD College.

Arteysania conducted a workshop on earring making and flower making on 19 January 2017 in Seminar Room 2 of the college. The instructor of the workshop was Ms. HuziDewan. She is an alumnus of the College who is continuously organizing workshops and displays for sale from time to time for social causes. There were 24 registrations in all for the workshop. The students fully benefitted from the knowledge of the expert and the same was reflected in the earrings and flowers made by the participants.

Arteysania organized an educational trip to the SurajKundMela on 9 February 2018. The objective of the trip was to give an exposure to the variety of handicrafts of India to the members of the Society. There were 34 students who were a part of the group. The group also included Dr, Anjali Gupta,Convenor of the Society and Dr.RenuKeer from Department of Political Science, Member of the Society.The students thoroughly enjoyed the varied and exhaustive display of handicrafts in the Mela.On display were handicrafts from all over India and abroad too. Special emphasis was placed on the handicrafts of Uttar Pradesh this year.

The Society in the month of March has proposed to conduct workshops on speed painting and sketching. Also it proposes to conduct a competition on t-shirt painting in the College. 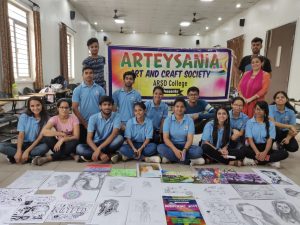 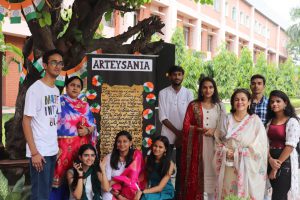 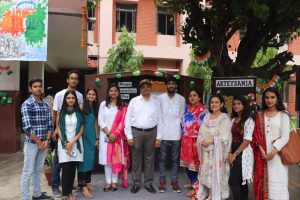 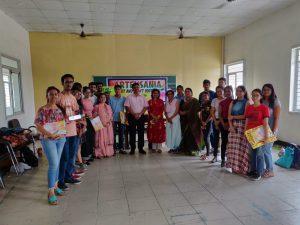 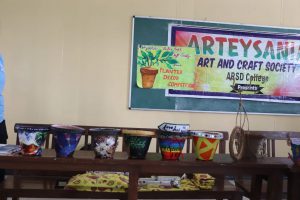 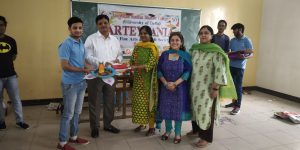 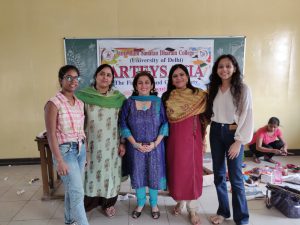 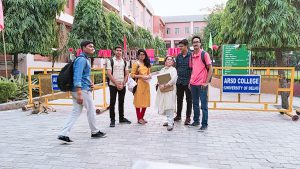 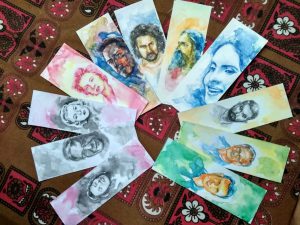 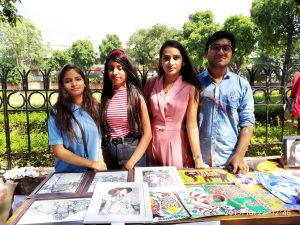 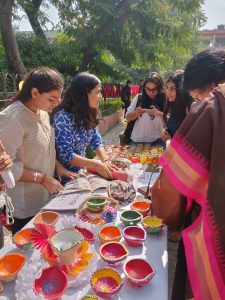 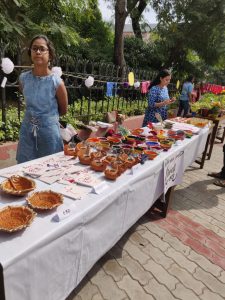 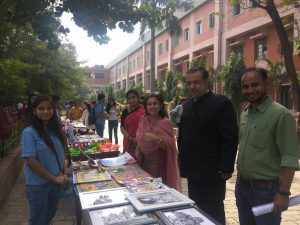 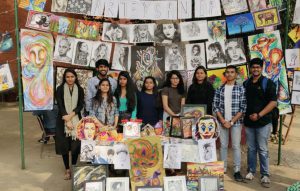 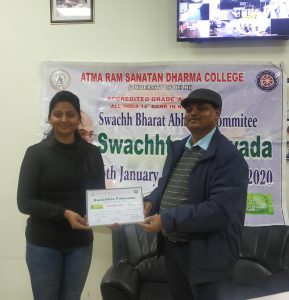 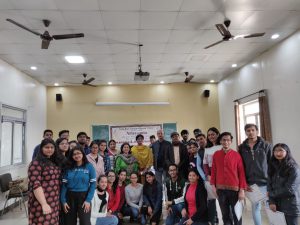 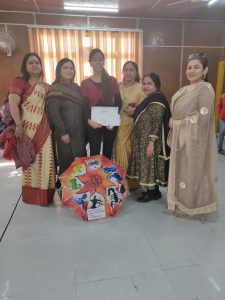 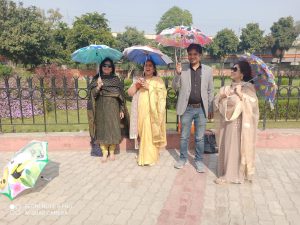 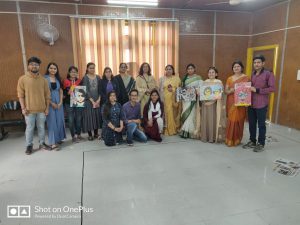 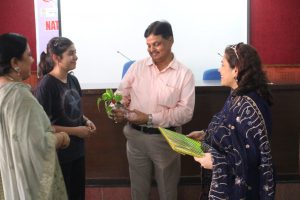 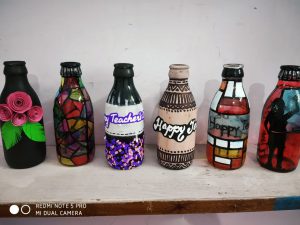