Republic Day Camp is the most prestigious camp of NCC. Whenever a student becomes a cadet after getting selected in NCC, he wishes to become a part of this one day. This camp includes cadets of diverse backgrounds and hence clearly describes the richness of Indian culture. A total of one hundred and five cadets gets a chance to become a part of this camp. In order to become a part of this camp, a cadet has to go through a number of obstacles in the form of different cadres. These cadres begin six months prior to 26th January. The cadets who clear these cadres are then finally trained in a rigorous manner in Group Camps. Various Competitions like Drill, Guard of Honour, Cultural Events, Flag Area are open for Cadets. They can choose any of them and compete.

From the Republic Day Camp itself, some cadets are selected to become a part of the marching contingent of Delhi Directorate. In this camp, directorates from all over India Compete for first position. A total of 56 cadets are selected finally for Delhi Directorate and Cadet Kapil Yadav of ARSD NCC made his way to this camp with all his hard work and sweat.Indian Prime Minister Narendra Modi reviewed the Rally. 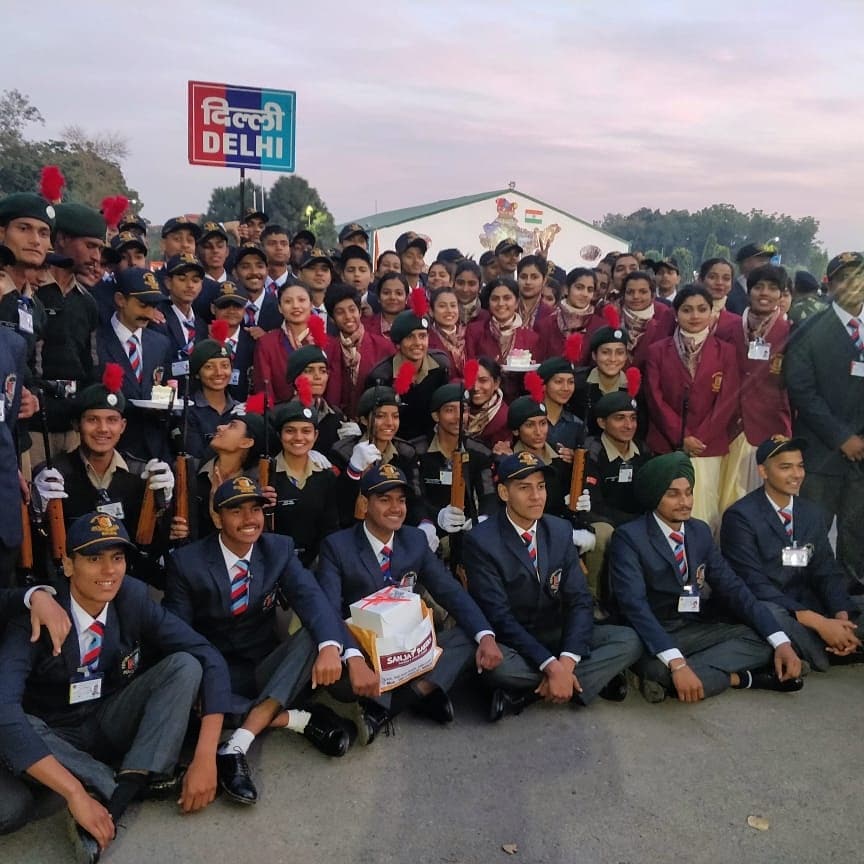 The Thal Sainik Camp is a twelve day camp which is conducted in Delhi every year. There are a total of three Cadres, each of 10-12 days preceding the final camp. The selected cadets are sent to represent their respective directorates in some of the most interesting competitions like obstacle race, firing, map reading, group shooting and snap shooting. Selected cadets gets a deep insight into the life and job of a soldier both mentally and physically.Cadet Chandrashekhar got selected in TSC. 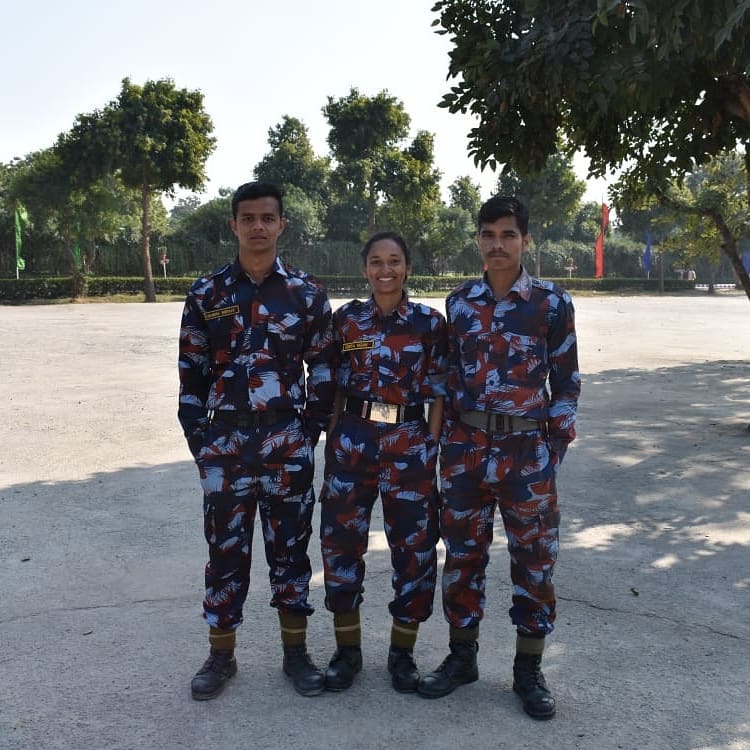 It is one of the most thrilling and adventurous camps of NCC. Its held every year in Cariappa Parade Ground.  In this camp, cadets are trained for 45 days. A total of 50 cadets are selected for 1st cadre. Then in 2nd Cadre it is filtered to 35 and then finally only 25 cadets get the opportunity to be a part of the final activity. The cadets come from both SD and SW.Sergeant Amit Kumar and Cadet Chandrashekhar made their way and got selected for the final camp. 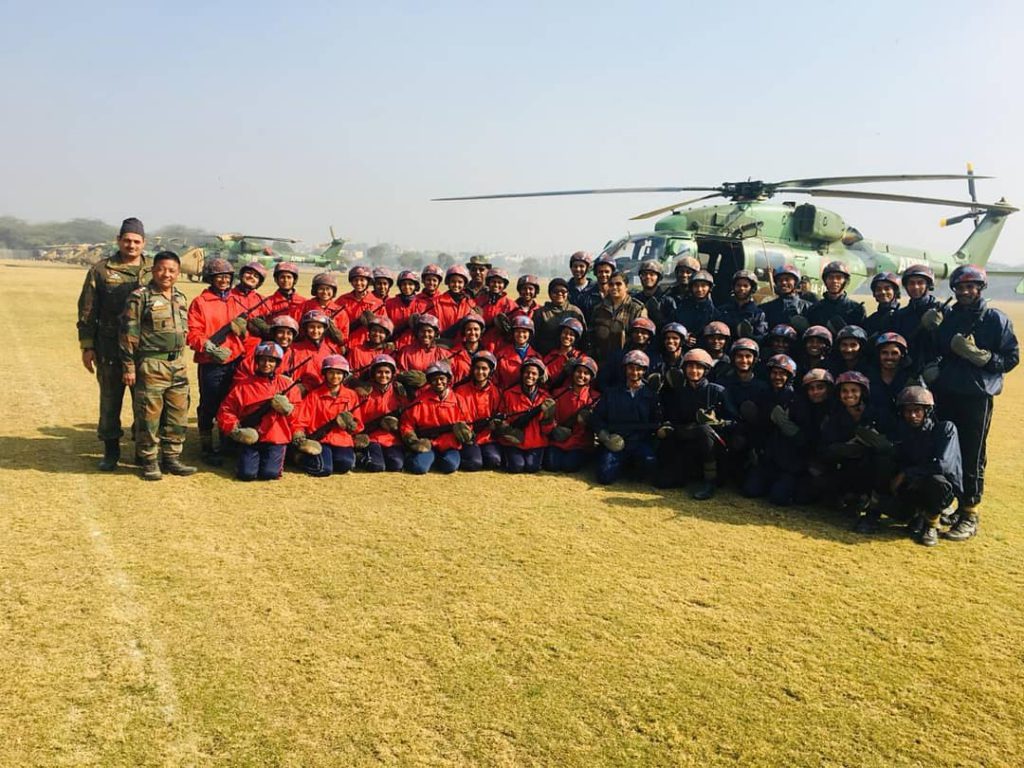 It is also one of the prestigious camps of NCC. It is conducted twice a year. First on 25th of January for Republic Day and then on 14th of August for Independence Day. CM of every directorate review the parade. This year, it was reviewed by Delhi CM Arvind Kejriwal.For 14th August 2018, SUO Vishal Bhardwaj and Cadet Rahul Yadav was selected to be the part of the contingent. On 25th January, 2019, JUO Harsh Dahiya , Cpl. Prem Kumar and Cadet Saurabh were selected. Then for 14th August, 2019, Cadet Jaideep, Cadet Narendra Gill, Cadet Puneet Kumar Ray, Cadet Saurabh Kumar and Cadet Bhupendra became the part of the contingent.

It is also one of the most adventurous camp of the NCC. The cadets get selected for trekking for long distances. 3 Cadets – SUO Vishal Bhardwaj, JUO Bijander Kushwaha and Sergeant Rishi Yadav got selected for this camp. They trekked for long distances without fail and successfully completed the trek. This camp develops the spirit of adventure, exploration. 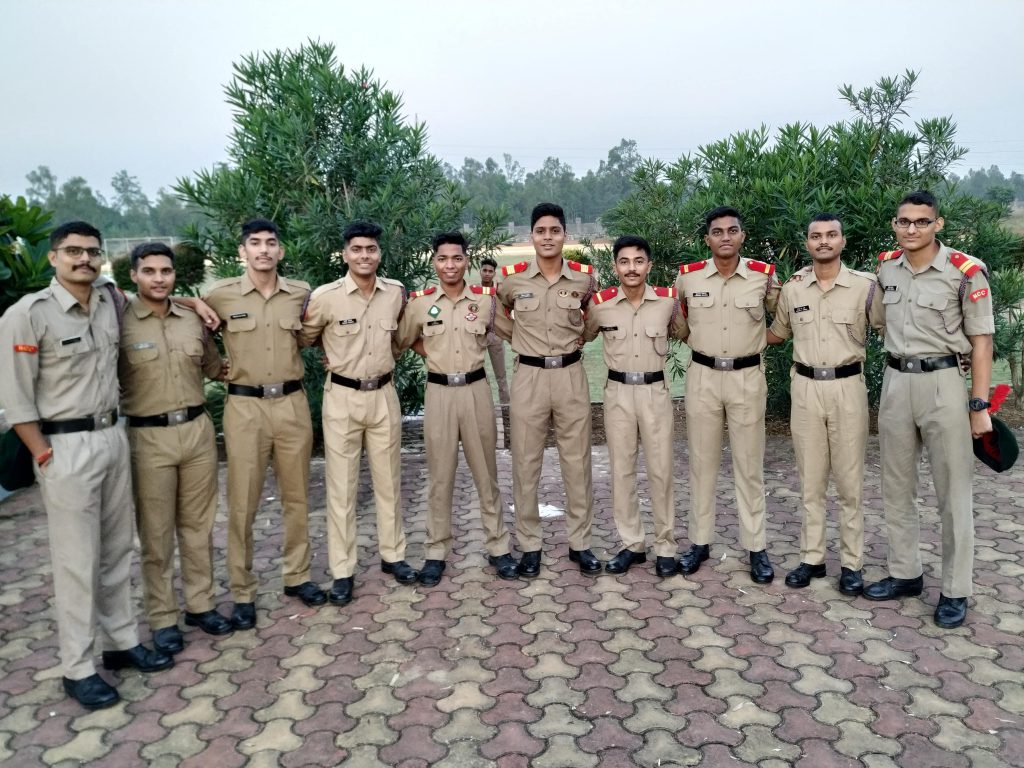 AAC is attached with an Army Unit and the selected cadets from different units get an opportunity to stay with them. It is a camp which is aimed at increasing the knowledge of cadets in the fields of weapons and Military studies. The cadets get to practically see the usage of various military equipment. This year, the camp took place in Meerut. A total of six cadets of ARSD NCC went for this camp. 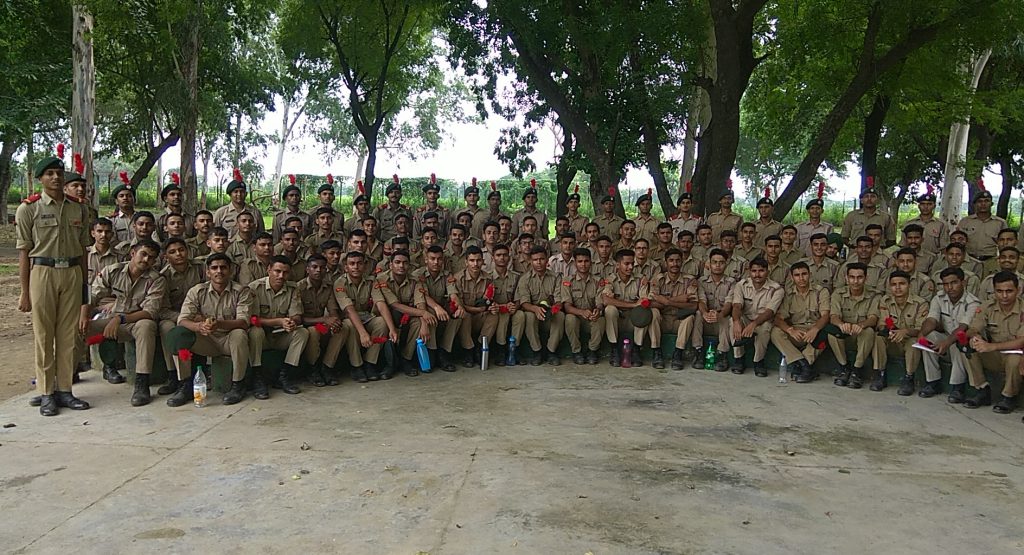 It is the compulsory camp for each NCC cadet. This camp takes place in Delhi itself and is held for ten days. It is held twice a year. Cadets get to learn basic things about NCC as well as Army which can be used by cadets for NCC Certificate Examinations. The cadets get exposure to various cultural events like Singing, Dancing, Debating.This year a total of 15 cadets went for the camp. Our group song team bagged the first position. 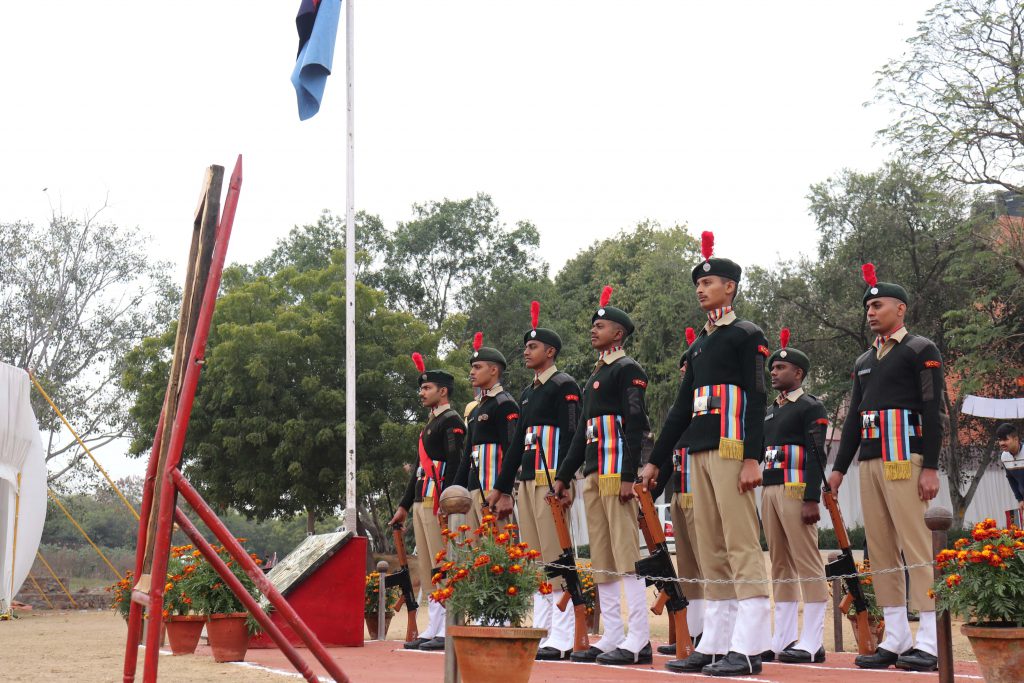 ARSD NCC is aware of its social duties too. The cadets of ARSD NCC Collectively cleaned the college premises. They too went outside the college and picked up waste from the surrounding to deliver a well rounded message to the youth. The message of keeping our Country Clean and Green. 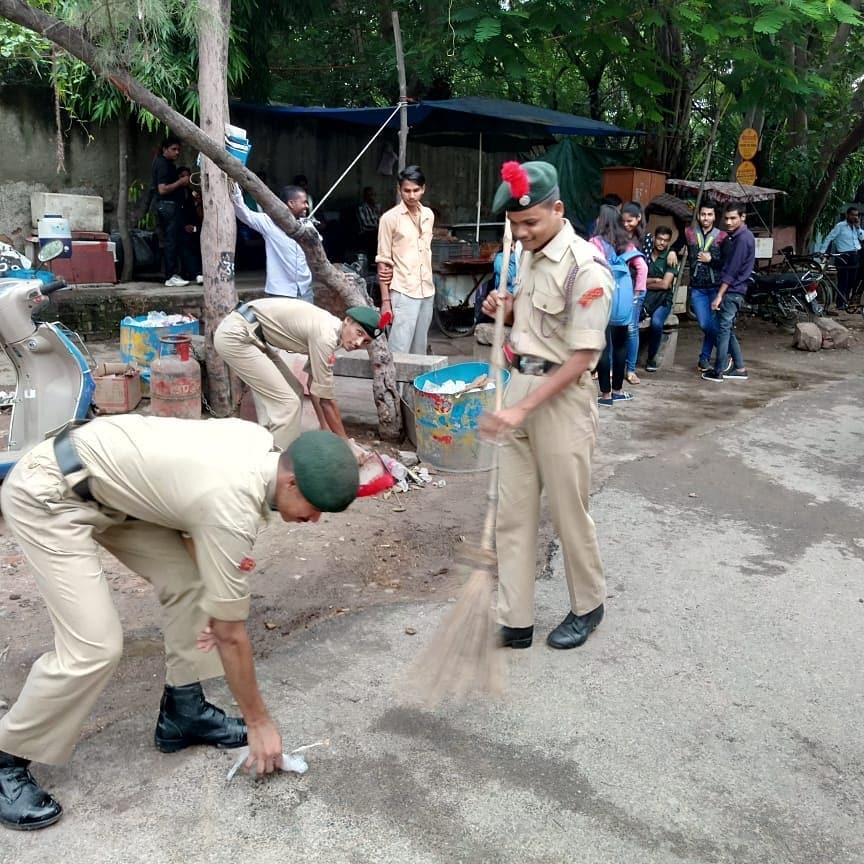 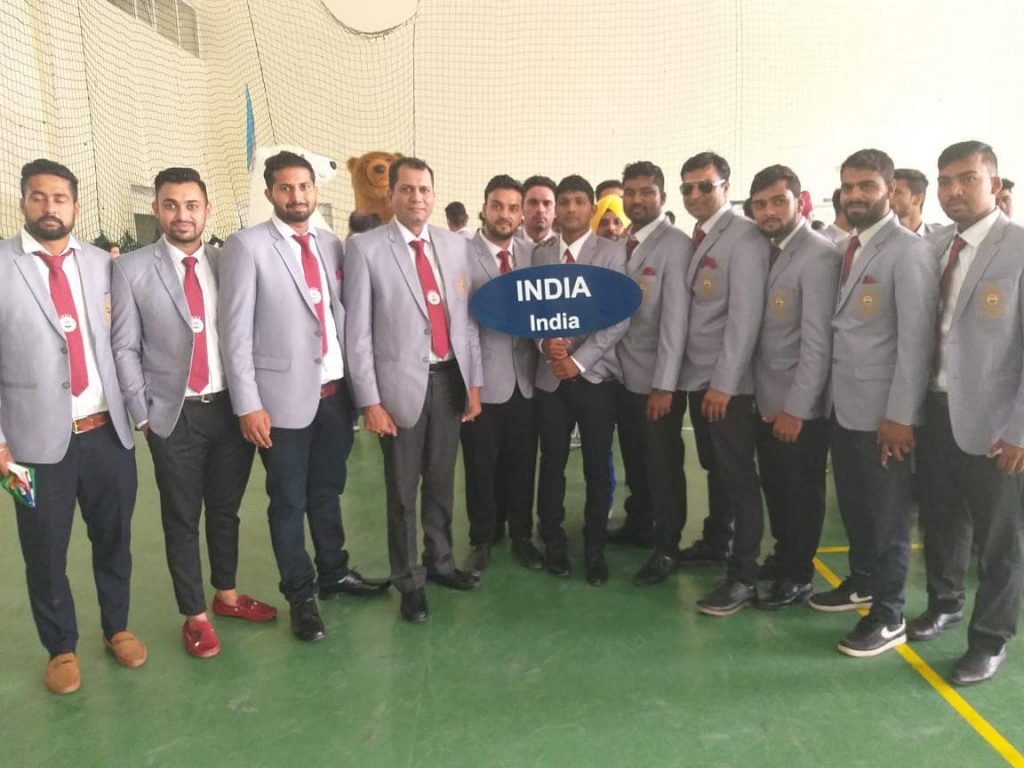 The NCC Unit of ARSD College, University of Delhi organised a 03 days National Yoga Fest from 17th to 19th June 2019 which was supported by Ministry of Ayush. Whereas days was with Role of Yoga in Life, Lecture and practical session – Yoga for stress, talk and lecture/special Yoga Techniques, Health Education and scientific awareness last but not the least YOGA DEMO by the students and so on. 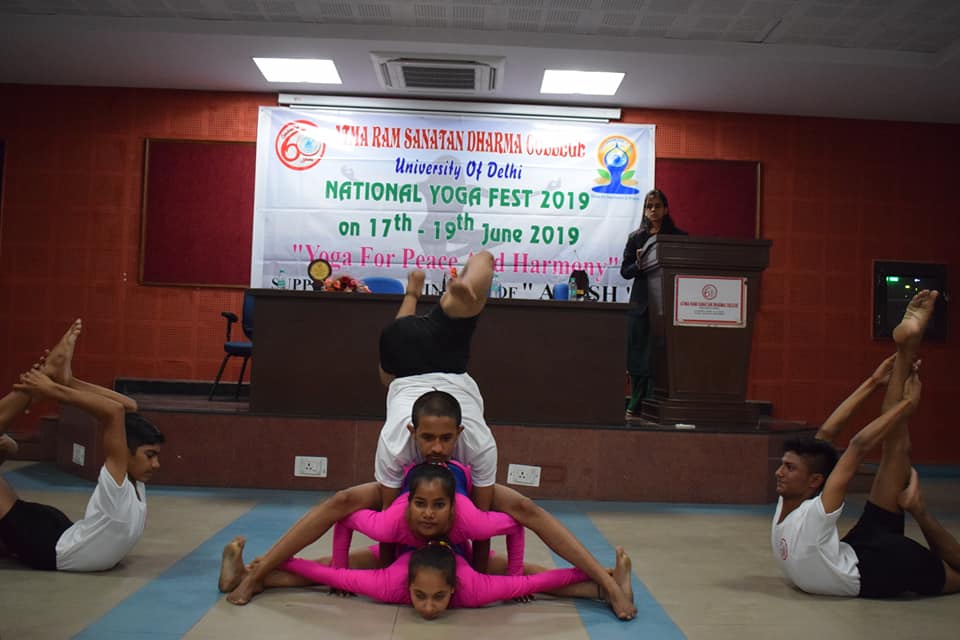