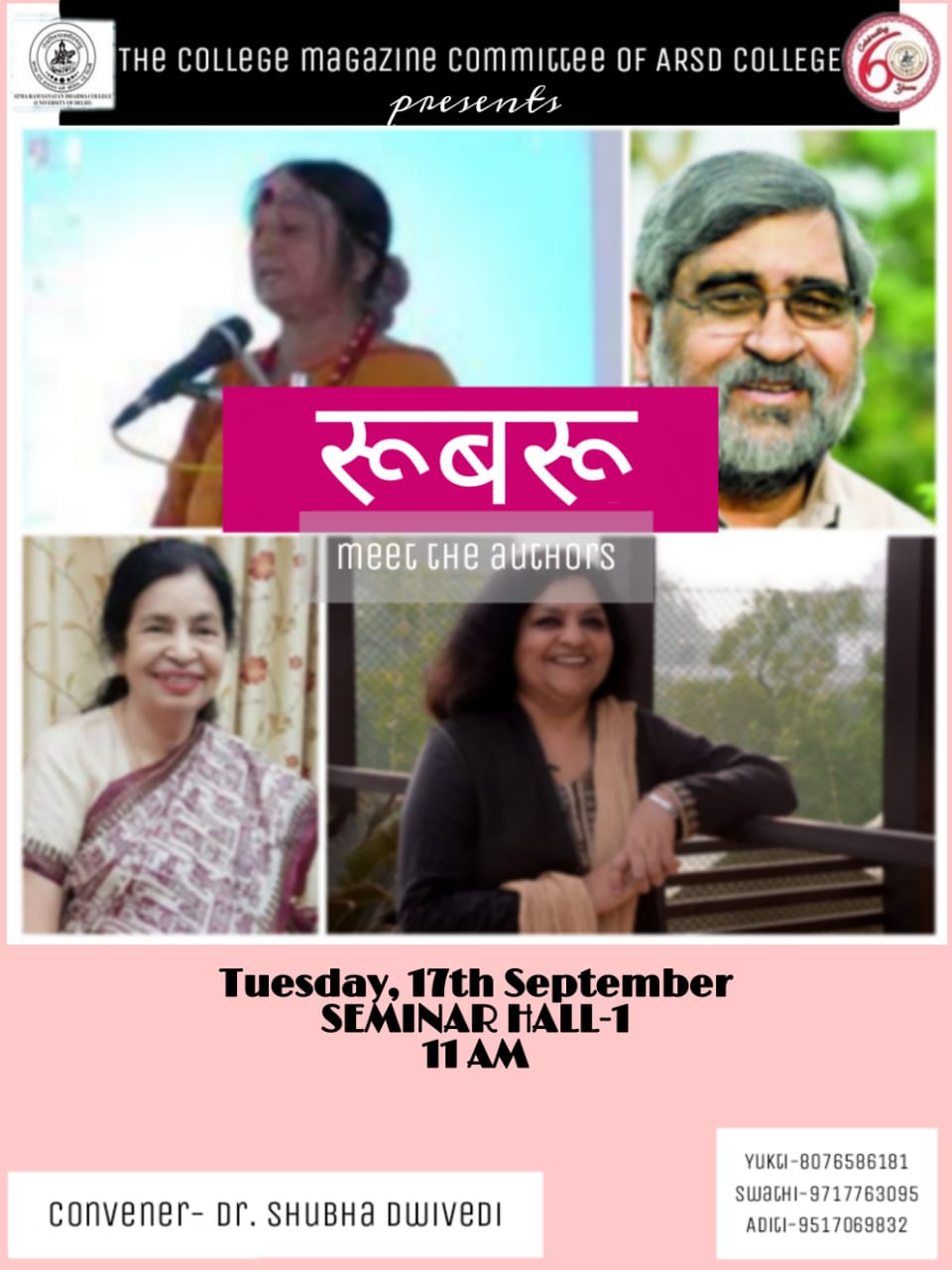 We invite you to a highly enriching and synergistic session with an impressive line-up of authors on 17 September 2019, 11:00 am * onwards in *Seminar Hall 1 of ARSD College, University of Delhi.

If you’re an avid reader, an aspiring writer or someone who loves to tell and listen to stories, this is the event for you!
Meeting the authors of different literary and linguistic excellence provides:
1. Insight – Authors often speak about what inspired them to write their books.
2. Inspiration – You can learn about how an author created a character or finished writing that first novel while studying, doing a job or raising a family.

This year, we are grateful to have with us –

1. Dr. Sukrita Paul Kumar – An Indian poet, critic,translator and academician. She is the author of Narrating Partition: Texts, Interpretations, Ideas. She is the chief editor of the book entitled *Cultural Diversity, Linguistic Plurality and Literary Traditions of India.*She has published six collections of poems, Rowing Together, Oscillations, Apurna, Folds of Silence, Without Margins and the latest, Poems Come Home published by HarperCollins is a bilingual book, the original English poems alongside their Hindustani translations by the eminent lyricist Gulzar. Her poems have been published In Their Own Voice, the Penguin collection of Indian women poets, and many journals in India and abroad.

2. Ms. Maitreyi Pushpa – An eminent Hindi fiction writer, She has ten novels and seven short story collections to her credit. She also writes prolifically for newspapers on current issues concerning women, and adopts a questioning, daring and challenging stance in her writings. She, as a writer is best known for her Chak, Alma Kabutari, Jhoola Nat and an autobiographical novel Kasturi Kundal Base.

3. Mr. Kuldeep Kumar – A renowned journalist, poet and columnist, he is a fierce exponent of ethical journalism with commendable knowledge of music and literature. Most of his articles published in The Hindu include- Explorations on man-woman relationship,The enduring ‘Kahani’ of Sripat Rai, Rumi in Hindi and others. His sensational interview with Romila Thapar did create a buzz among many readers. His recently published anthology Bin Jiya Jeevan has garnered wide critical acclaim from lovers of poetry.

4. Dr. Pravesh Saxena – An eminent Hindi and Sanskrit writer, Dr. Saxena is known for her poetry, stories, articles and research papers published in national-level journals. She is an active participant in many All India conferences and poetry seminars. She’s also known for her translation work in several languages including Bengali, Hindi and English. Amongst others, her notable works include- Sanskrit Sanskrit Aur Paryavaran, Hasta Gaata Bachpan and Vedo mein Paryavaran Sanrakshan for which she was rightfully awarded.Her poems have been broadcasted by Doordarshan and she has also been the editor of Ved Institute’s prestigious magazine ‘Veda-Savita’.

We look forward to your gracious presence! 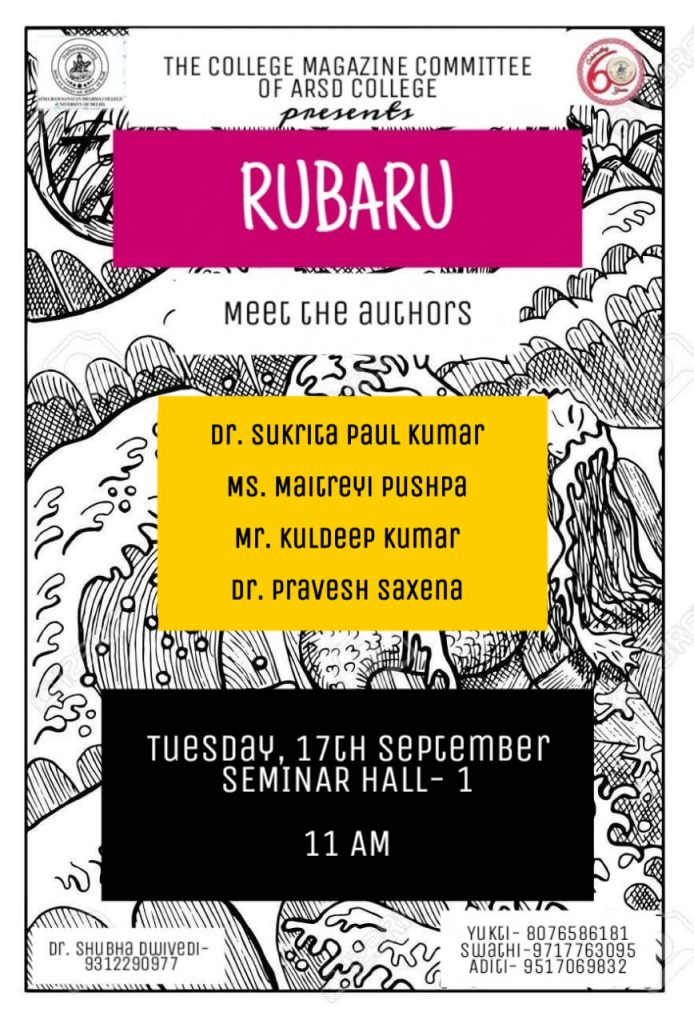